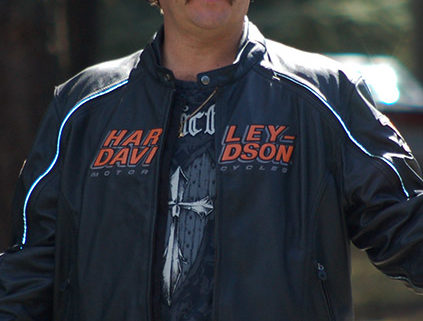 On August 25, 2015, Larry Friedlander died suddenly at 47 years young in Victoria, BC. Larry was a man with a heart of gold who was witty, charming, and authentic; and his endless teasing and stories always resulted in laughter.

As a husband and best friend to Donna for 23 years, Larry created a marriage full of undying love, fun and romance. Larry was a great date! He also knew the exact balance of shoes and cheesecake required to offset his need for speed, motorized toys and knives.

As a devoted dad, Larry’s daughters Brianna and Kennadie meant the world to him and he made sure he was at every event in their lives, however trivial or grand, to support them and cheer them on (sometimes to their great embarrassment). He set the bar high for future dates for the girls as they are left knowing what it looks like to have a partner who treats you with respect and kindness every day while generating a sense of playful excitement in loved-ones lives.

Larry made his passion for animals his life’s work, and is known to many after 32 years with Tally-Ho Carriage Tours. He started at Tally-Ho at only 15 years old, doing odd jobs and helping out wherever he could. Throughout his teenage years he learned all aspects of the company, and also attained certification as a blacksmith/farrier. In 1990 Larry became a partner (owner-operator), along with Bruce Wright who continues to work for Tally-Ho today. Throughout the 1990s the ownership of the company would change four times; with Larry remaining the constant thread. In 2009 Larry and Donna achieved their long-time goal to own Tally-Ho outright.

As the chief-in-charge of Tally-Ho Larry brought infinite wisdom about the horses and developed trust-based, rewarding partnerships with each of them. He was always supportive of the team in both their professional and personal lives; and was a straight-shooting leader who will long be remembered by all staff. Larry treated the Tally-Ho team as an extension of his family, which fostered a close-knit group that remains dedicated to their work, the horses, and each other.

Larry created a world in which he and his family lived their lives the way they wanted to – they did the important things and always made time for the fun things. In his honor, we encourage everyone to live your life to the fullest and let those that you cherish know it, each and every day!